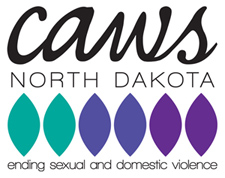 BISMARCK – The State Board of University and School Lands met in late January to approve grant recommendations for the remaining oil impact grant dollars. The 2012 North Dakota Uniform Crime Report (UCR) showed a 7.9% increase in crime rates from 2011-12, largely due to increased populations in western parts of the state. The majority of the funding was allocated to law enforcement and sheriff’s offices in oil impacted counties, with some remaining monies allocated to programs that assist victims of sexual and domestic violence.

Funding in the amount of $30,000 was allocated to CAWS North Dakota for human trafficking training in oil country. A collaborative effort between the Office of the Attorney General, the Bureau of Criminal Investigation, and CAWS North Dakota, the training will provide professionals in law enforcement, prosecution, and advocacy with new skills and build their capacity to respond to victims of human trafficking over the next year.

“Training service providers on intervention and response to human trafficking is a priority for our agency,” said Janelle Moos, Executive Director of CAWS North Dakota. “This issue is a growing concern in our state and training is the first step toward ensuring victims are identified and offered safety and resources.”

Additionally, $143,000 was allocated for emergency assistance for victims of domestic violence. The oil boom has not only increased rates of crime, but it also has created a lack of affordable housing, and places for victims to stay. Funding will allow programs to help victims and children find safety. Costs may include transportation to get to a safe location, housing assistance, and other costs that may arise when victims are fleeing violence.

Updates on human trafficking training opportunities for oil impacted counties will be announced at www.ndcaws.org.