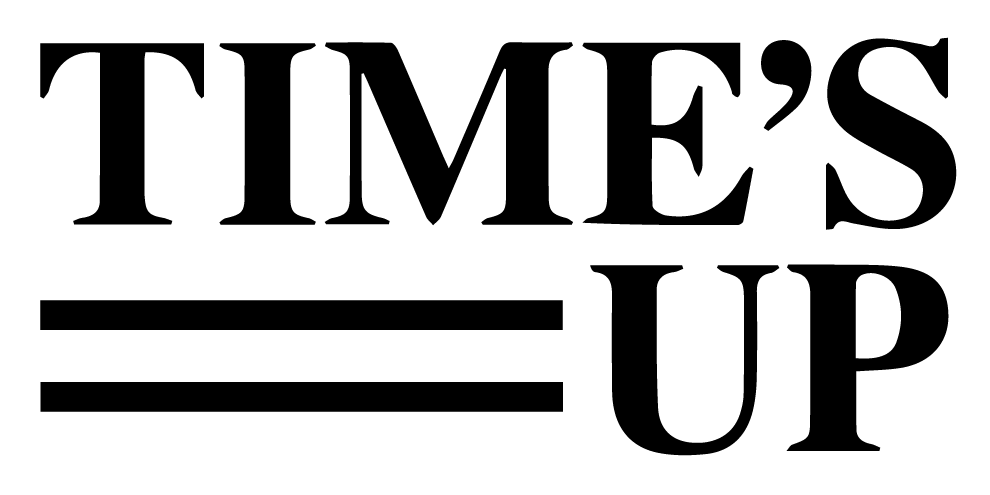 For the most part, powerful women. For the most part, wealthy women. For the most part, white women. #MeToo, for all the progress it has made in exposing sexual harassment and abuse—and in exposing the contours of systemic sexism more broadly—has been, from the outset, largely limited in its scope: A movement started, in this iteration, by the famous and the familiar, a movement unsure of how to convert itself from stories into action. The question quickly became: How do you broaden it? How do you move the #MeToo movement beyond the provinces of privilege to be more inclusive, more systematized, more politically effective? How can #MeToo, essentially, move from the realm of the “me” to the realm of, more fully and more meaningfully, the “we”?

One possible answer: Shift its orientation, collectively, intentionally. Move from identifying the problem to actively solving it. On Monday, as 2017 gave way to 2018, more than 300 women in Hollywood—executives, actors, agents, writers, directors, and producers—announced the formation of Time’s Up, an effort to counter systemic sexual harassment not just in the entertainment industry, but also in industries across the country. It is an effort, significantly, that aims to combat workplace sexism at its foundations: through legal recourse. Through improved representation in board rooms and beyond. Through the changing of norms. “We just reached this conclusion in our heads that, damn it, everything is possible,” Shonda Rhimes, who has been closely involved with Time’s Up, toldThe New York Times of the effort. “Why shouldn’t it be?”

The initiative includes efforts to create legislation that will penalize companies that tolerate harassment, and that will discourage the use of the nondisclosure agreements that have helped to silence victims of abuse. It has embraced a mission to reach gender parity at Hollywood studios and talent agencies. And, perhaps most significantly, it includes a legal defense arm that will be administered by the National Women’s Law Center’s Legal Network for Gender Equity and that will connect victims of sexual harassment with legal representation. To that end, Time’s Up has established a GoFundMe effort aimed at raising $15 million—from Hollywood honchos and the public at large—to provide legal support to women and men who have experienced sexual harassment, assault, or abuse in the workplace. “Access to prompt and comprehensive legal and communications help,” the campaign notes, “will mean empowerment for these individuals and long term growth for our culture and communities as a whole.” (As of this writing, the campaign has raised nearly $14 million.)

The formation of Time’s Up was announced via a full-page advertisement in the Times and via an ad in La Opinion, a Spanish-language newspaper. The ads were accompanied by a detailed news report in the Times, and also by a social-media campaign—#TimesUp—that included participation from many of Hollywood’s most powerful voices, among them Rhimes, Eva Longoria, Rosario Dawson, Jennifer Lawrence, America Ferrera, Emma Stone, Uzo Aduba, Reese Witherspoon, Jill Soloway, Kerry Washington, Tina Tchen, Rashida Jones, Ashley Judd, Natalie Portman, Ava DuVernay, and many, many more.

The simple shift in hashtag, #MeToo to #TimesUp, is telling: While the former has, thus far, largely emphasized the personal and the anecdotal, #TimesUp—objective in subject, inclusive of verb, suggestive of action—embraces the political. It attempts to expand the fight against sexual harassment, and the workplace inequality that has allowed it to flourish for so long, beyond the realm of the individual story, the individual reality. (Reese Witherspoon: “We have been siloed off from each other. We’re finally hearing each other, and seeing each other, and now locking arms in solidarity with each other, and in solidarity for every woman who doesn’t feel seen, to be finally heard.”) One of the prevailing ethics of #MeToo has been the opt-in nature of the movement: To share one’s own story, with all the costs that accompany it, that ethic has acknowledged, is both an act of bravery and an act of privilege. While many have spoken up and spoken out, and should be commended for it, many more have not: The risks of doing so are too severe.

As a result, implied among all the stories that have formed #MeToo’s emerging portrait—all those splashes of color and light—have been all the stories that have remained in the darkness: the long shadows cast by all the people who lack the privileges of publicity. The known unknowns. #TimesUp, though—and Time’s Up, the organization—is an attempt to change that. It was inspired, its collaborators note, not just by the stories of celebrities, but also by a letter sent in November from the Alianza Nacional de Campesinas, an organization of farmworker women and women from farmworker families: a letter of solidarity to Hollywood actors who were speaking up and acting out. “Even though we work in very different environments,” the organization, representing some 700,000 workers, noted, “we share a common experience of being preyed upon by individuals who have the power to hire, fire, blacklist, and otherwise threaten our economic, physical, and emotional security.”

Time’s Up, for its part, is, significantly, leaderless: It is run by volunteers and comprised of working groups. (One of those groups oversaw the creation of the commission, led by Anita Hill, that is tasked with creating strategies to end sexual harassment in show business.) And Time’s Up emphasizes the crucial need to move beyond an ad-hoc approach to solving the systemic problems of harassment—the firings of abusers, the earnest promises of executives and leaders to do better—with solutions that are fittingly systematized. Time’s Up is also attempting to offer more quotidian solutions to workplace sexism. It has forged alliances with other organizations aimed at improving representation in the workplace, among them 50/50 by 2020, a group dedicated to achieving gender parity in Hollywood boardrooms. And Time’s Up’s mission statement includes several answers to the question of “What You Can Do”:

Time’s Up, in all this, suggests an effort to bring one kind of full-circling to #MeToo: an attempt to move the movement, in a revealing reversal of bell hooks’s phrase, from the center to the margin. It is an effort to bring centrifugal forces to bear on #MeToo’s momentum, helping the movement to radiate out from beyond the privileged few. Is it, in that, fully, satisfyingly inclusive? Is it, on its own, enough? No. No, of course not. (One of the recommendations put forward by the group, according to the Times, is that “women walking the red carpet at the Golden Globes speak out and raise awareness by wearing black”—a “solution” that is well-meaning but, compared to the others, notably lacking in political rigor.) But Time’s Up, too, is a way to begin. It embraces the trajectory that forward movement so often adopts, in culture and in politics: a path not of smooth inevitability, but of change that comes in fits and starts. With stories that are shared and then—eventually—converted into action. As Shonda Rhimes summed it up: “If this group of women can’t fight for a model for other women who don’t have as much power and privilege, then who can?”